My work on the Landa-based scripts of Sindhi continues. However, there has been a change to the name of the ‘Sindhi’ script that I proposed, and which I briefly discussed in a post in August 2010. The script is now called “Khudawadi”. An image of it is given below: 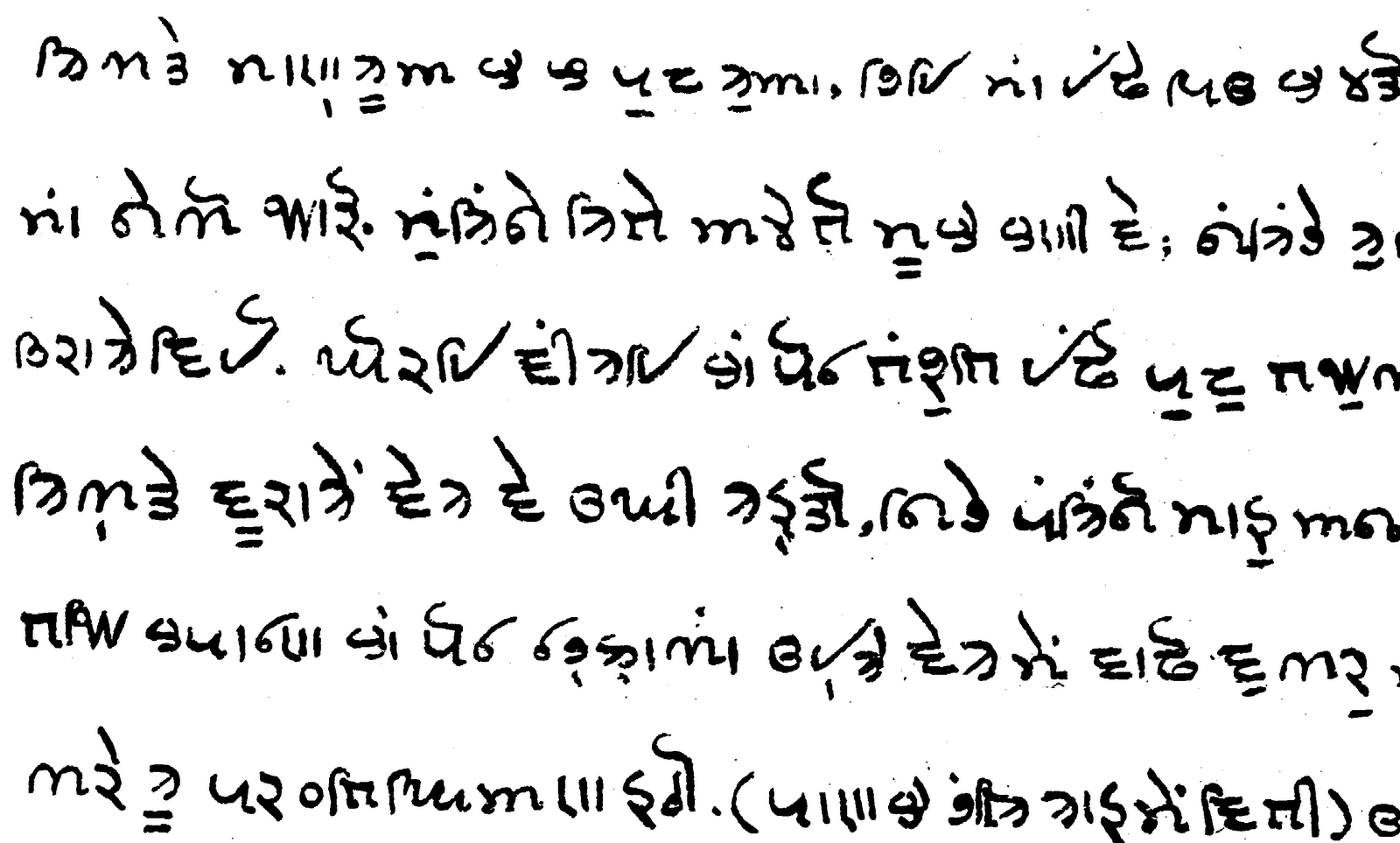 The Khudawadi script was initially proposed under named ‘Sindhi’ because its character repertoire is based upon the ‘Standard Sindhi’ script. Standard Sindhi is itself based upon the Khudawadi script, which was the most well-known and complete of the Landa-based scripts used in Sindh. The intent of the original proposal was to develop a standard that might also be used for representing the minor Landa scripts of Sindh, some of which are unsuitable for independent encoding. As ‘Standard Sindhi’ was developed from Khudawadi in the 1860s with the same idea, the rationale is valid, but the choice of the name ‘Sindhi’ is not.

The generic name ‘Sindhi’ is problematic for several reasons. It is generally used for referring to the class of Landa-based scripts of Sindh, ie. the ‘Sindhi scripts’. It is not the proper name of any writing system that belongs to this script family. In fact, several other scripts, such as Khojki and Shikarpuri, are also known as ‘Sindhi’. Even ‘Standard Sindhi’ was not known by the generic name ‘Sindhi’, but as ‘Hindi Sindhi’, etc. In modern India and Pakistan, the ‘Sindhi script’ is commonly understood to be the Arabic-based script used for writing the Sindhi language.

The name ‘Khudawadi’ is the most appropriate name for the script. It is the proper name of the script and is well attested in primary and secondary literature, such as the Linguistic Survey of India. The name is also used for ‘Standard Sindhi’, which is a reformed variant of Khudawadi and is referred to as such, ie. ‘improved Khudawadi’, in various sources.

The change of name from ‘Sindhi’ to ‘Khudawadi’ will provide greater semantic and taxonomic clarity in identifying the various scripts used for writing Sindhi and the scripts used in Sindh. For example, it is more appropriate to refer to “the Sindhi scripts ‘Khudawadi’ and ‘Khojki’”, rather than to “the Sindhi scripts ‘Sindhi’ and ‘Khojki’”. Moreover, the use of the name ‘Khudawadi’ will enable users to distinguish between the Landa-based and Arabic-based scripts.

More details are available in the document requesting the formal change of name. The final proposal for Khudawadi is almost ready for submission to the Unicode Technical Committee.