Six fraction signs historically used in Oriya have been included in Unicode 6.0. These characters appear in written and printed documents, and were part of at least four different sets of Oriya metal fonts. The fraction signs were commonly used until 1958, at which time the Government of India adopted the decimal system for currency and the metric system for weights and measures. The characters are now obsolete. 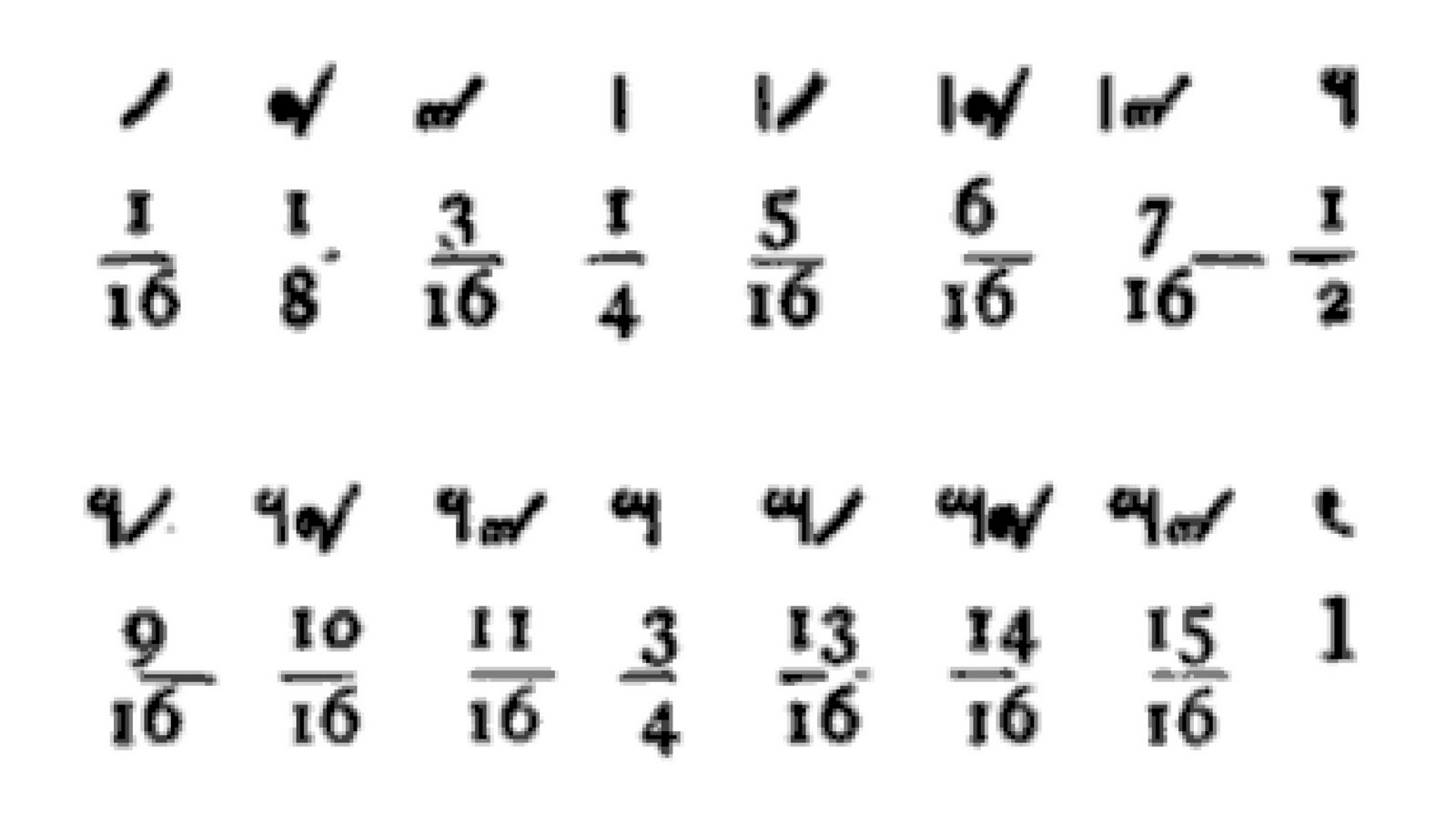 Amos Sutton shows only the quarter fractions in the Introductory Grammar of the Oriya Language (Cuttack: Baptist Mission Press, 1831):

These fraction signs are now part of the Oriya block in Unicode:

The Oriya fractions are related to the ‘currency numerator’ signs used in Bengali for writing fractions: