As mentioned in “The Imminent Paradox of New Scripts in Unicode”, I have begun to develop Graphite fonts for several of the historical and minor scripts that I have proposed for inclusion in the Unicode Standard. The first of these fonts is for Khojki, which I proposed for encoding in Unicode a few years ago and will likely appear in The Unicode Standard, version 7.0, planned for release in 2014.

Khojki is a medieval Indic script from the Sindh region, situated in present day Pakistan, which is used for liturgical purposes by the Nizari Ismaili community. It has been preserved by this minority community for six centuries, both at home and in their diaspora. The script has been used since the 15th century for manuscripts and since the early 20th century for the printing of books. There are organizations, such as the Institute of Ismaili Studies (IIS) in London, which possesses a large collection of materials in Khojki, and several scholars worldwide that conduct research on these materials, that will benefit from this effort.

I developed this font on a volunteer basis to meet the needs of the IIS, which has a requirement for the input and display Unicode Khojki in order to carry out their cataloguing efforts. The font, named KhojkiGraphite, is based upon the KhojkiJiwa font designed by Pyarali Jiwa of the United Kingdom years ago. Mr. Jiwa’s font is the only TrueType font for Khojki; however is it based upon a legacy encoding. Its glyph repertoire contains several consonant-vowel ligatures; however, there are several inconsistencies with these glyph. I’ve edited the glyphs to bring them into structural and optical alignment, fixed metrics, and added Graphite rendering rules in order to create the first Unicode-encoded Khojki font. At present it works in OpenOffice and LibreOffice, in XeLaTeX and XeLaTeX, as well as in other applications that support Graphite.

Here is an excerpt of a ginān typed in LibreOffice using KhojkiGraphite: 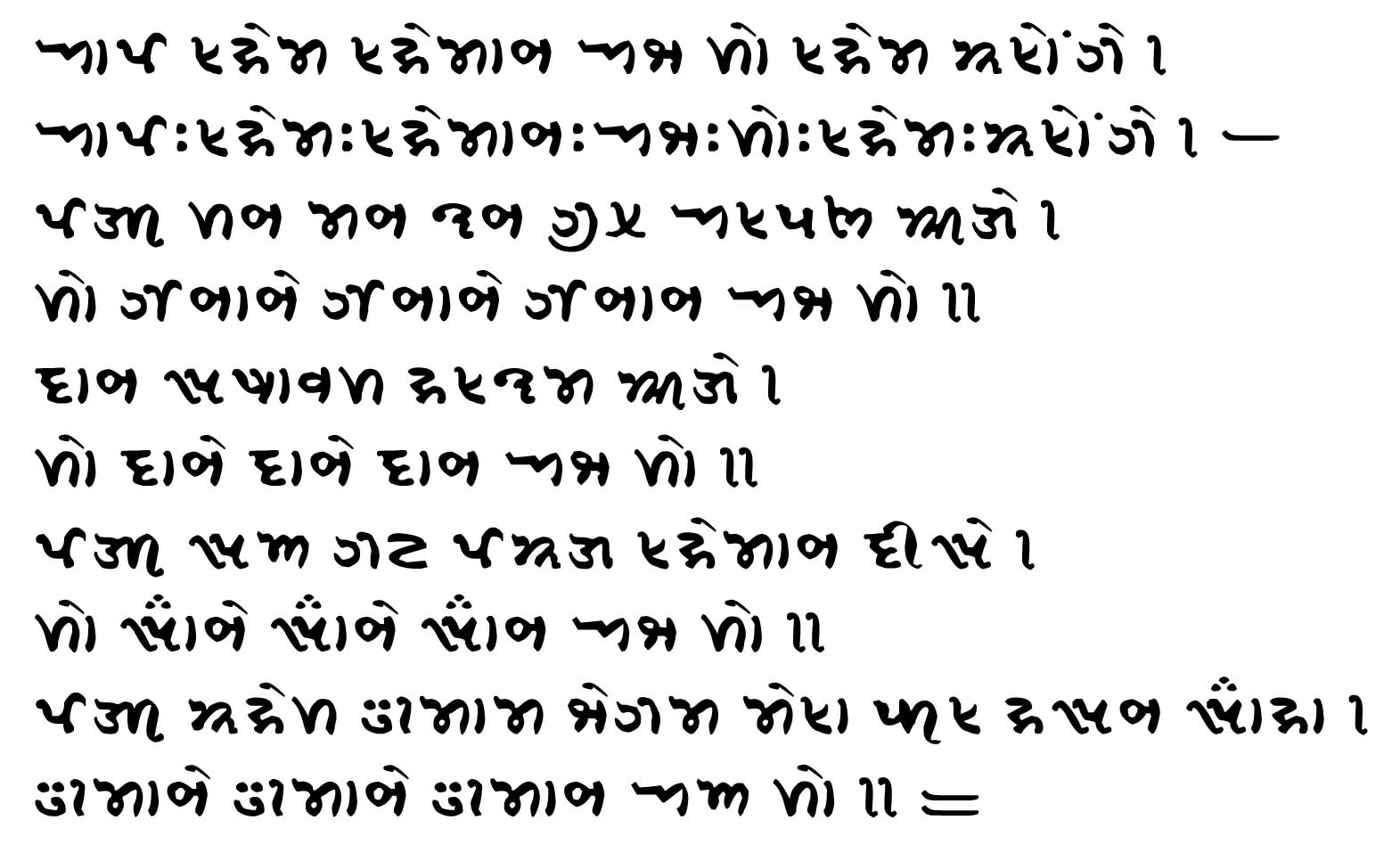 In order to provide users with an effective means of using the font, Wafi Momin of IIS has developed a basic keyboard using the Microsoft Keyboard Layout Creator (MSKLC). So far, the combination of the font and the keyboard is helping IIS to carry out its projects using modern technologies and to make their materials available in digital media using common standards.

I will release the KhojkiGraphite font and keyboard for public testing in the next few months. My goal is to release the package in conjunction with the publication of Unicode 7.0, so that users have immediate support for Khojki, even though in limited environments.