Siddham has several characters that are used in manuscripts for marking the end of text sections. Some of these are shown in column ⑦ below: 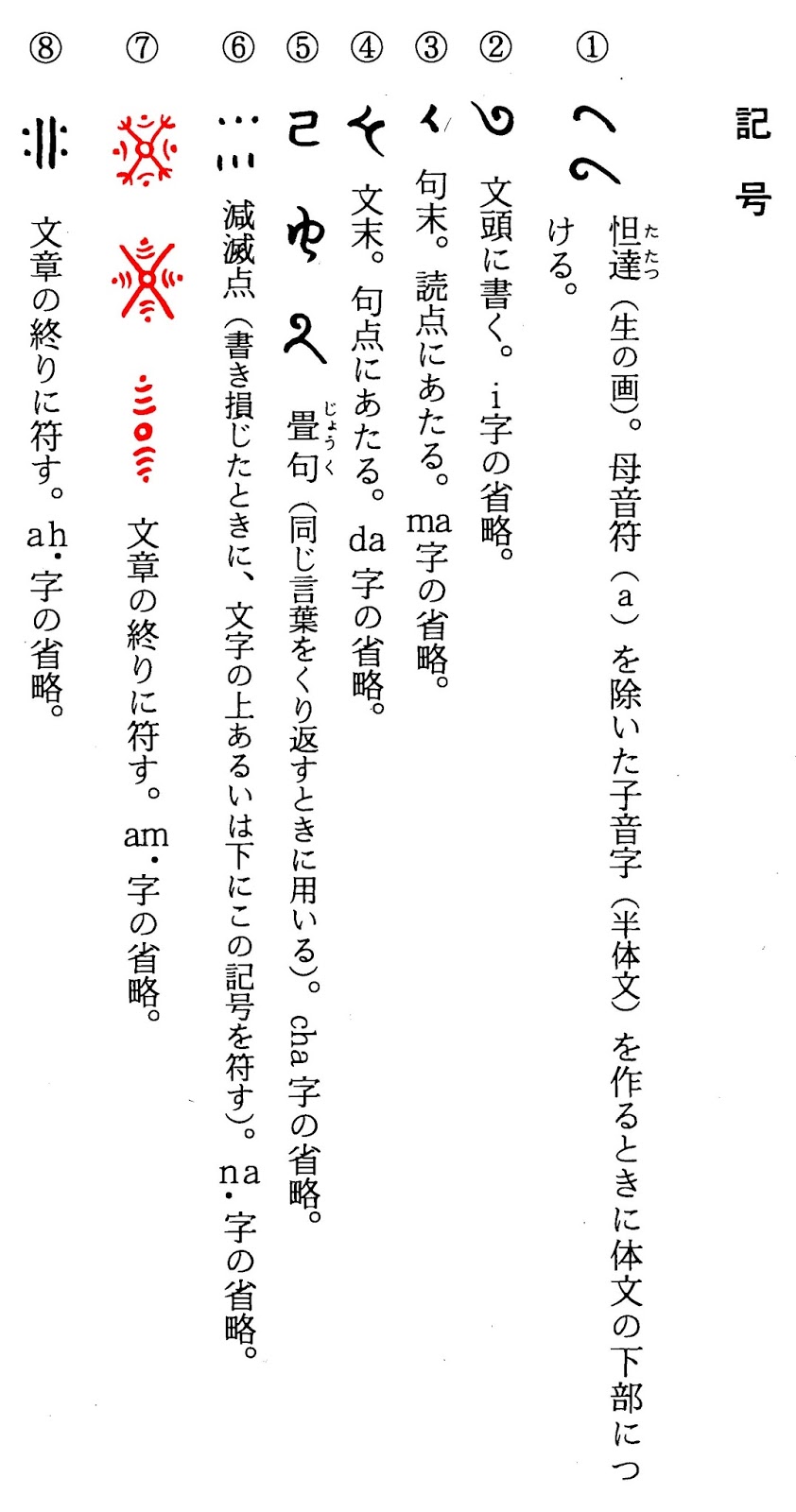 Palaeographically, these section marks are similar to characters in other Indic scripts, such as 𑁍 U+1104D BRAHMI PUNCTUATION LOTUS, which are ornamental marks. In general, these marks do not possess phonetic values or semantic meaning beyond their function as terminations. However, as the above excerpt shows, in the Japanese analysis of Siddham, these marks additionally represent the syllable “aṃ”.

The extant sources contain several other ornaments beyond the three shown above. My research identified at least 14, which I proposed for inclusion in the Siddham block: 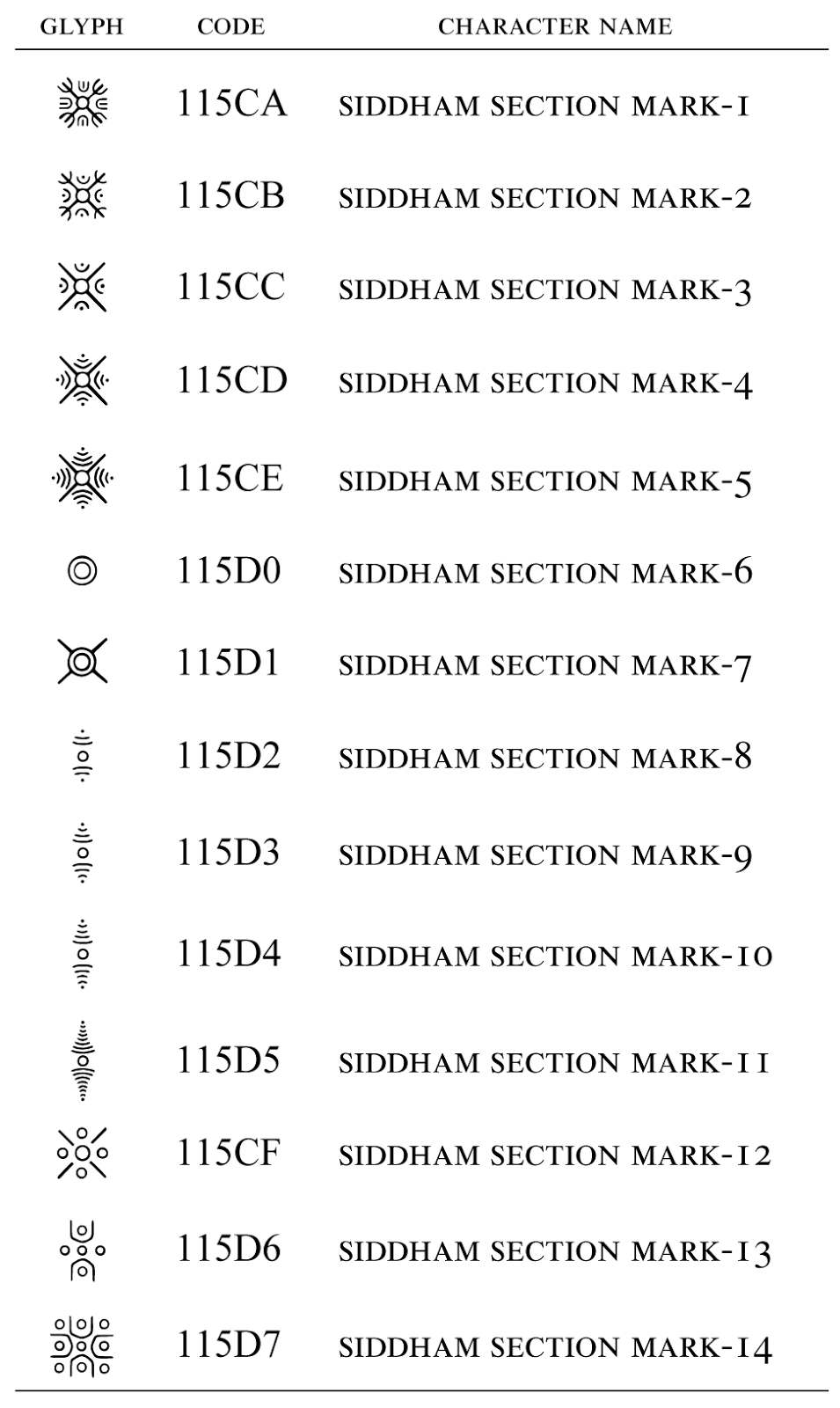 The section marks may be classified into five groups based upon their graphical structure.

In addition to their representation of “aṃ”, according to certain Japanese Buddhist traditions, these marks have esoteric connotations that offer insights into the textual passages after which they are written. Moreover, the graphical structure indicates other philosophical meanings, of which I am not fully aware or to which I am not privy! These characters would be considered ornaments or glyphic variants of a basic set of section marks according to the character-glyph model of Unicode, but on account of the semantics they possess beyond their function as punctuation, they have been encoded independently.